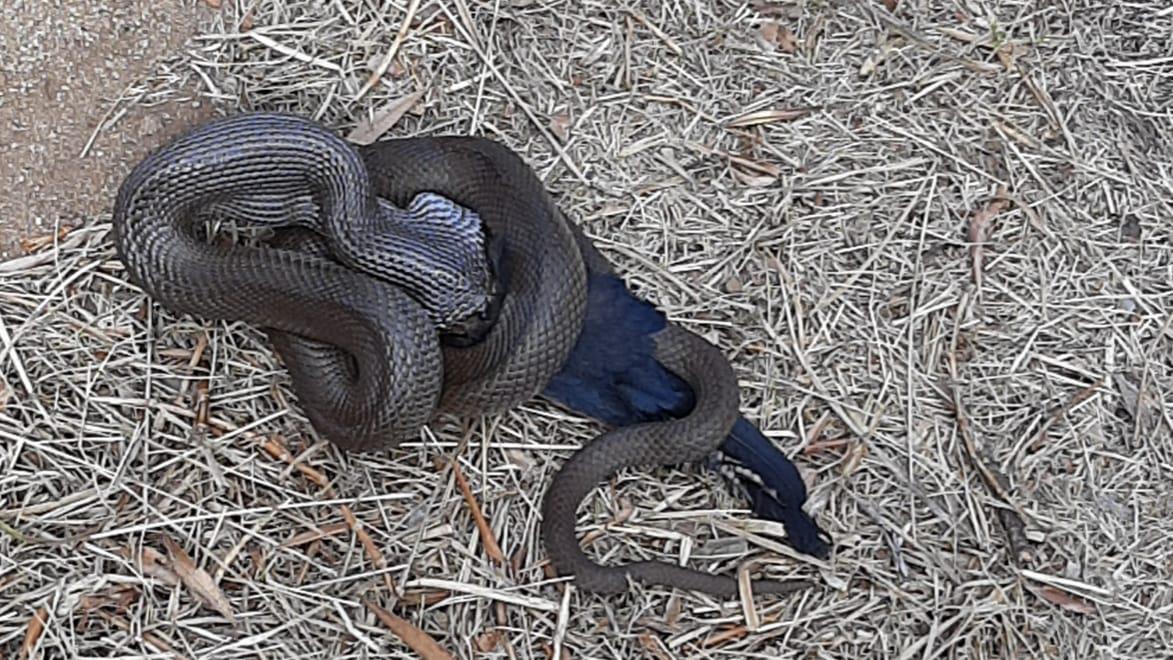 Mole Snakes on the Common

During the late summer there were a few sightings of some rather large Mole Snakes (Pseudaspis cana).

The Mole snake is a day-active snake that spends a lot of time down rodent burrows in search of food, though, as witnessed in this photo by Terry McDonald, the Mole snake is not averse to the occasional bird for dinner! The rodent population on the Common seems quite healthy at the moment, evidenced by the more common sightings of the snakes and of the various raptors that have been seen around the Common this year.

While the Mole snake is not a venomous snake, because it has pin-sharp teeth with an edge on the back of each tooth, a bite from a Mole snake can do quite a bit of damage. They like to shake their heads when they get their teeth into something, so it is prudent to give this rather mellow snake a bit of respect and a wide berth. 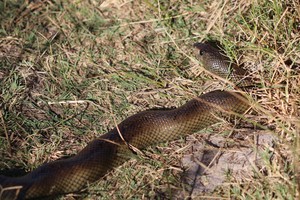