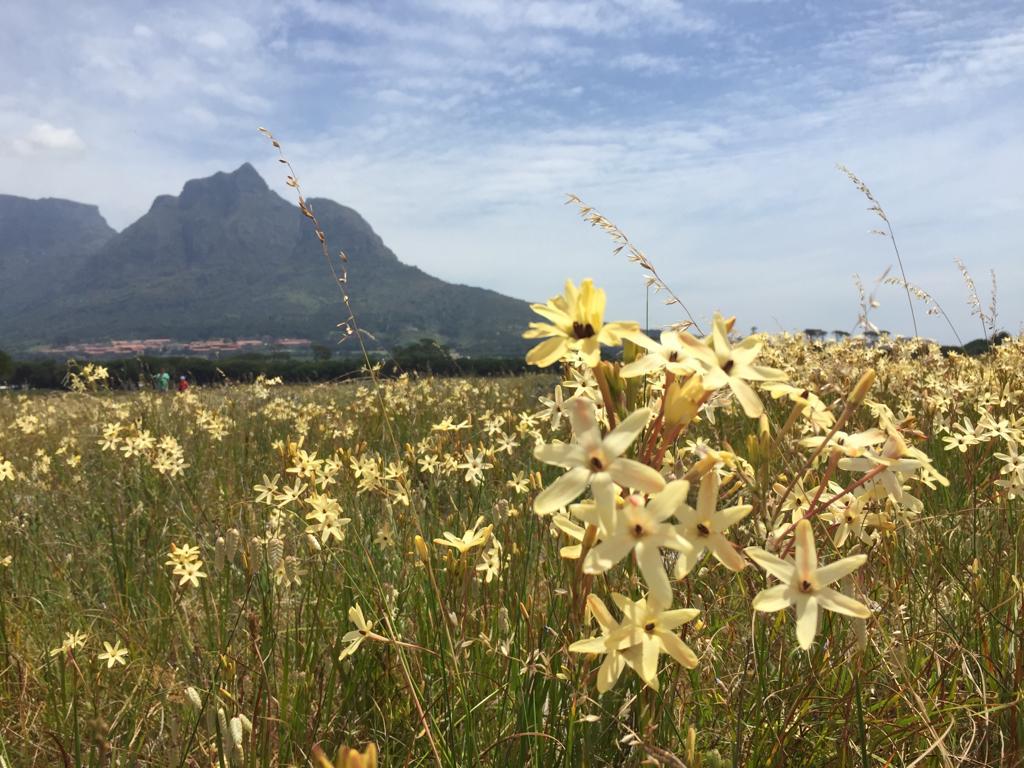 Located at the heart of Cape Town’s Southern Suburbs, Rondebosch Common is one of the city’s more popular urban green spaces for recreation. It is also one of Cape Town’s most important lowland biodiversity gems.

The Rondebosch Common Conservation Area (RCCA) is only 40 ha in size, but is a vital wildlife habitat at the heart of the city. It has more than 300 plant species, a significant number of which are of conservation concern, according to the Red List of South African plants (refer Resources page).

More than 80 bird species have been recorded visiting or breeding on the RCCA, and a plethora of other wildlife ranging from insects to frogs and small mammals, call the Common home.

The RCCA is one of the largest, most intact fragments of Critically Endangered Cape Flats Sand Fynbos (refer CoCT website), a highly biodiverse lowland vegetation type that is only found within the greater Cape Town area. It is therefore of national and international conservation importance.

Due to its conservation and historical importance, Rondebosch Common has provincial heritage status. At various times during its fascinating history the area has been used as a military campground, a golf course, a cricket field and for grazing cattle. This website aims to record and highlight some aspects of this special place.