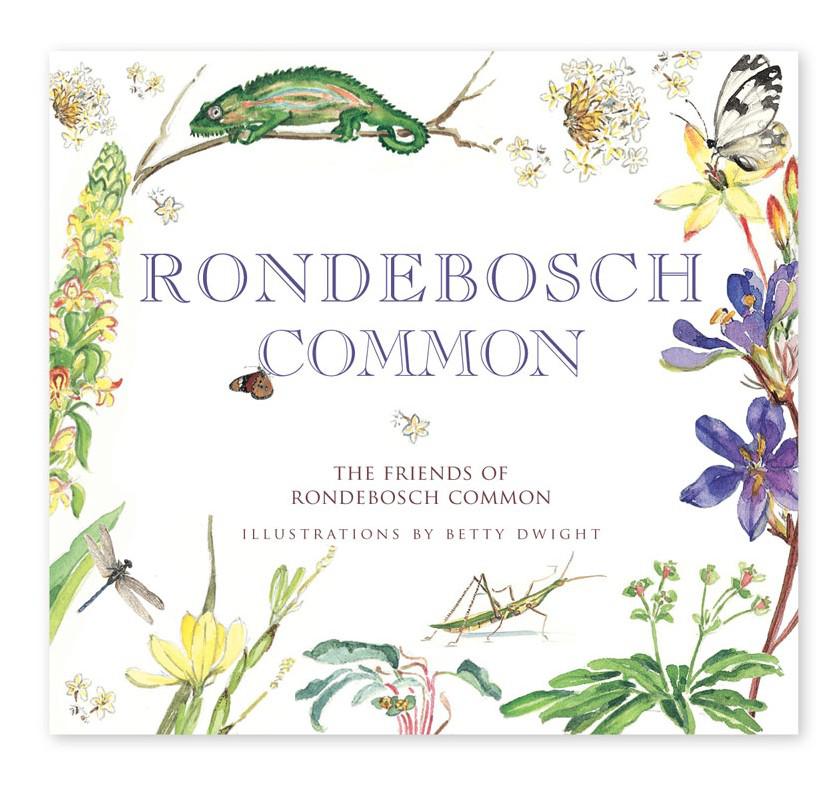 Together with the exquisite paintings by Betty Dwight, the committee wanted to capture significant information about the Common, in essence a snapshot of Rondebosch Common at the start of the 21st century. Thus the book includes sections completed by various expert authors on the history, flora, fauna and conservation of Rondebosch Common. The foreword of the book is written by the late Professor Kader Asmal, long-term patron of the Friends of Rondebosch Common.

The history of the Common is written by Joanne Eastman, who has given many years of service as secretary and project manager of the Friends. Botanist and botanical advisor to the Friends, Dr Clive McDowell, writes about the flora of the Common, contextualising the Common’s ecological home within the wild landscapes of the Cape Peninsula.

Patrick Hurly, author of the “Birds” section of the Rondebosch Common book, has recently retired after many years of devotion to oversee the Common’s environmental maintenance work. Emeritus Associate Professor Jenny Jarvis writes about moles and other small mammals.

Dr James A. Harrison highlights the important role that reptiles and amphibians play in the ecology of the Common, and the conservation challenges that they face. Norman Larsen and Emeritus Associate Professor Mike Picker take us on a journey to meet the smaller creatures of the Common, namely the insects and arachnids, offering extraordinary insights into their fascinating ecology.

In Chapter 4 of the Rondebosch Common book, Julia Wood and Professor Patricia Holmes take us on a deep dive into the conservation importance of the Rondebosch Common Conservation Area as a core flora site within the City of Cape Town. They eloquently highlight why this much-loved urban green space is worthy of protection so that it can be enjoyed by future generations, just as Betty Dwight so beautifully illustrated it.

We still have a few copies of the Rondebosch Common book for sale. If you would like to purchase a copy for R150 then please contact the Friends on friendsofrondeboschcommon@gmail.com.

About the Author: Betty Bowker Dwight

Born in 1924, botanical artist Betty Dwight (née Bowker) dedicated her life to Rondebosch Common. The Rondebosch Common book was published in 2008 in celebration of Betty’s beautiful artwork, as well as to raise awareness of the Common’s importance and the need to conserve it.

Growing up in Cape Town, Betty spent much of her childhood on the Common, playing with her sister or birdwatching with her father. Her senior education began at Rustenberg Girls’ High School before completing a year at Cape Town Technical College learning shorthand and typing. 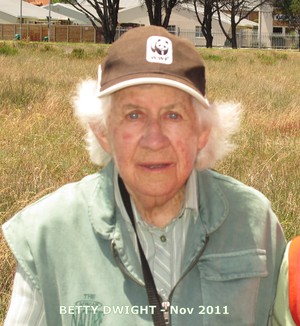 Betty then went on to spend three years studying at the Podolini Art Studio in Dean Street, Gardens. In 1946 at the age of 21, she started work at Continental Artworks in Buitengracht Street, eventually becoming the company’s head artist.

In 1963 she gave up her job to care for her mother, once again enjoying walking on Rondebosch Common every day. One day her mother suggested: “Betty, why don’t you paint the flowers of the Common, just as your grandmother painted the flowers of Clifton?”

Betty worked hard to fulfil her mother’s wish over the intervening years, visiting the Common twice a day with her dog Bambi. Her earliest works were tiny paintings of individual flowers. By 1976 she started working on larger paintings that would depict the Common’s flora and fauna through the year.

By the middle of 1980 most of the works depicted in the Rondebosch Common book had been completed. A number of the paintings were reproduced as greeting cards which proved to be popular gifts and an effective fund-raiser. This gave FRC confidence to go ahead with Betty’s dream to have her art showcased in book form, with readers from Cape Town, South Africa and beyond able to enjoy this beautiful publication.